You are: Home » Tokens and medals » Convict love tokens

By: National Museum of Australia

Smoothing and engraving a coin with a message of affection was one of the few ways a convict transported to Australia could leave a memento behind with loved ones in England. These small tokens are also known as leaden hearts. They record personal and emotional responses from convicts whose lives are more often represented by official government records.

Convict love tokens often include the names of the prisoner and their loved one, the length of the convict's sentence and popular phrases and rhymes of separation. They were frequently engraved around the time of conviction for a prisoner's loved one or family. Convict love tokens were engraved or stippled, which involves making marks with a series of small pin pricks. They were crafted by professionals and amateurs.

There are 314 convict love tokens in the National Museum's collection, ranging in date from 1762 to 1856. The Museum purchased 307 tokens from British dealer and collector Timothy Millett in 2008. Millett's interest in convict love tokens began when he joined his family's firm, AH Baldwin & Sons, dealers in coins, medals, tokens and numismatic (coin collecting) books. Millett was fascinated by the tokens and acquired a large collection from a customer in 1984. He continued to build his collection and researched the people named on the tokens.

The National Museum held several tokens when it bought the Millett collection, and now holds the largest collection of convict love tokens in the world. Other institutions in Australia and overseas have collected tokens and a number also remain in private hands. Thanks to the efforts of Timothy Millett and other researchers, we know the identity of convicts associated with approximately 80 of the tokens in the collection. The Museum continues to research the collection and identify more associations and links to particular individuals, including the three below. 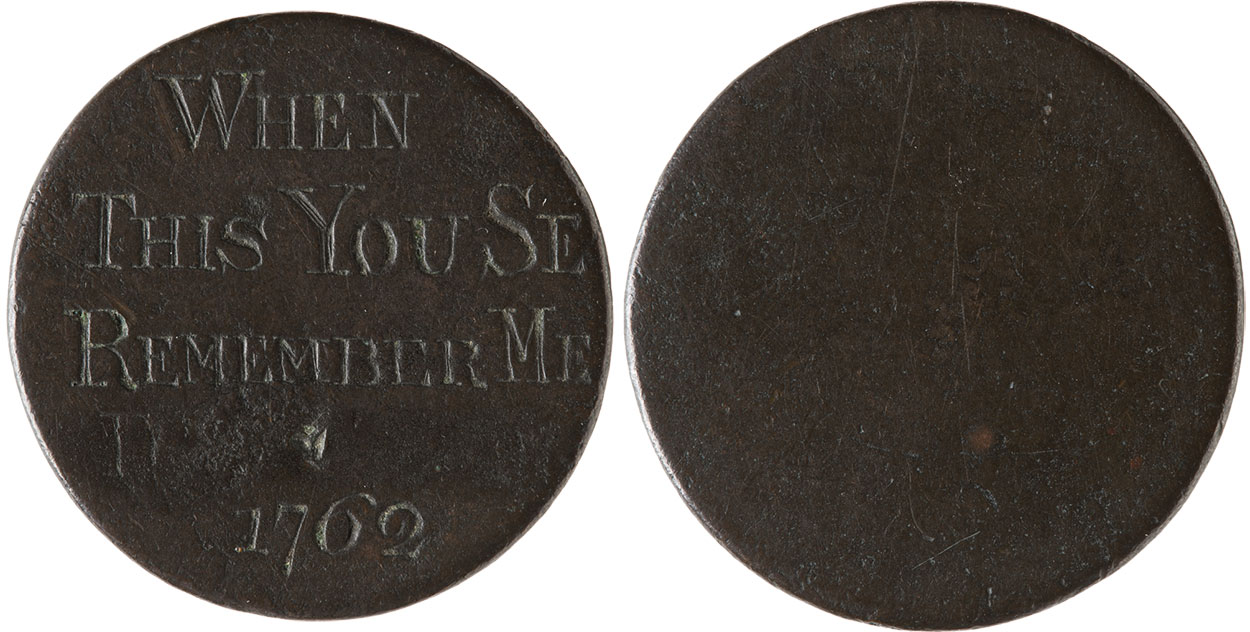