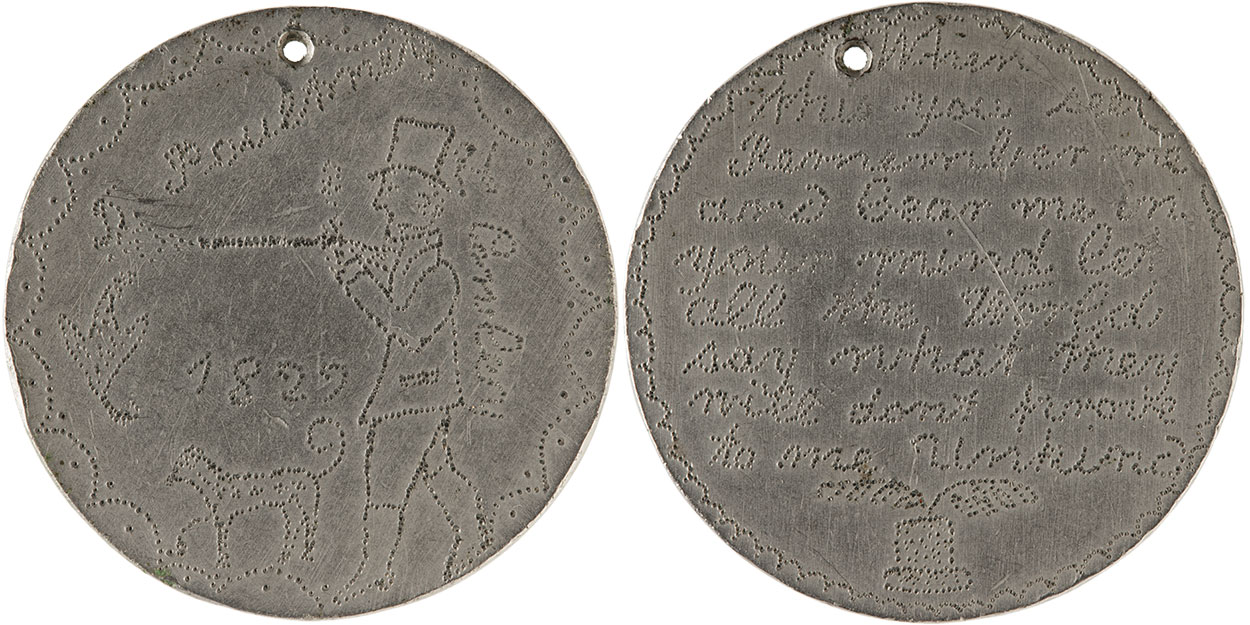 It is likely that this token relates to David Poultney, 20, weaver and labourer, who was tried and convicted at the Warwick Assizes in April 1829 for attempted murder. Poultney was one of a group of poachers known as the Newham Paddox poachers, who were involved in an incident on land belonging the Lord of Denbigh. The group shot at, and wounded, the gamekeeper. Poultney was initially sentenced to death but this was commuted to 14 years' transportation, possibly because of a petition for clemency from local inhabitants, who testified to Poultney's previous good conduct and character. Poultney sailed for Van Diemen's Land (Tasmania) on the Thames on 31 July 1829, arriving on 20 November. Records show that he was assigned to the police department shortly after his arrival in Hobart as a field police officer. He received his conditional pardon on 9 May 1836. In 1837 he married Annie Watts, and they had 10 children. Poultney became a successful and respected landowner in the Hobart district, and died in 1884. This token appears to have been engraved by the same hand as that for William Reynolds's token. Reynolds was also convicted at Warwick Assizes in April 1829.

Pierced and silvered token engraved with a stippled scalloped border and image of a hat with two feathers at the base of nine lines of stippled cursive text:

Pierced and silvered token engraved with a stippled scalloped border and image of a man with his dog, shooting birds. Around the figures are stippled words: