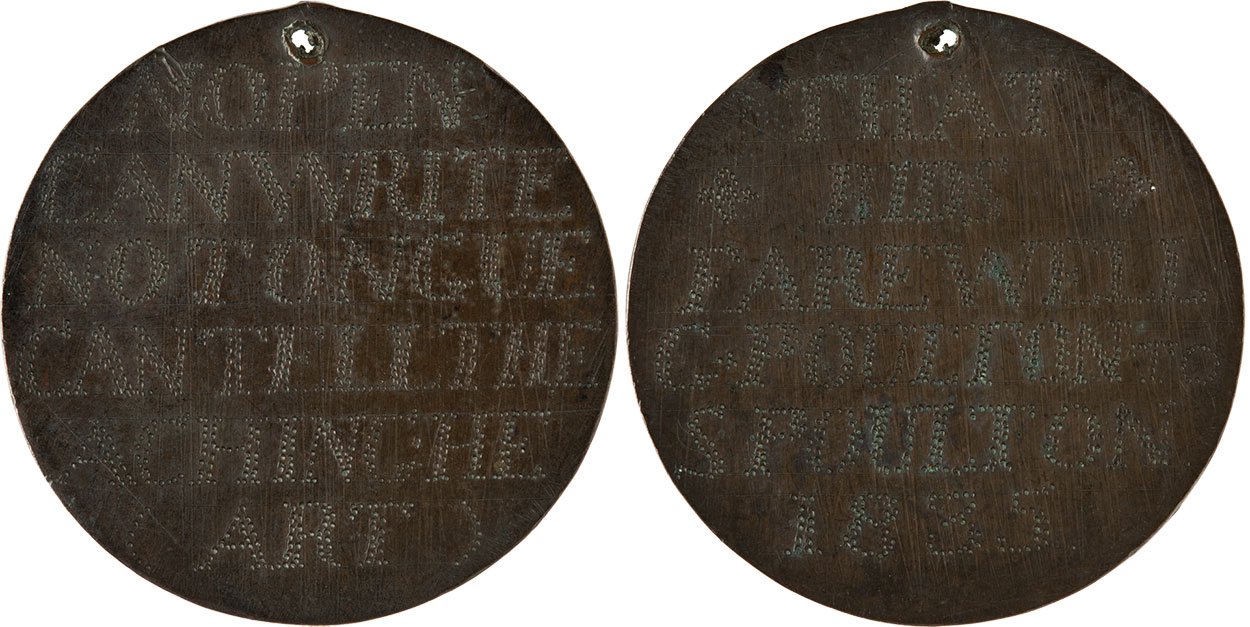 George Poulton, alias Henry Carman, aged 18, was a baker's boy from Gloucestershire. He was tried and convicted at the Central Criminal Court for burglary. He had stolen a blanket, two sheets and a towel from Thomas Miller, as well as a bed gown and cap belonging to Caroline Beal, Miller's housekeeper. In his defence, Poulton simply stated: I never saw the things. He was sentenced to seven years' transportation. He sailed for New South Wales on the Strathfieldsaye on 11 February 1836, and was initially assigned work in Sydney. He was granted a ticket of leave in 1841 for the district of Bathurst but this was torn up in 1842, when he was found to have been out of the district without a pass.

NO PEN
CAN WRITE
NO TONGUE
CAN TELL THE
ACHING . HE
( ART )