You are: Home » Tokens and medals » Internment Camps

Internment camps tokens were issued by the Department of Army for use as currency in internment camps, during the World War II (1939-1945). These tokens were produced and were only used within the compound. For security reasons, these tokens couldn't be used or redeemed outside.

Most of them were melted in 1945, but several prisoners and soldiers kept them as a souvenir. The dies are now owned by the Royal Australian Mint. 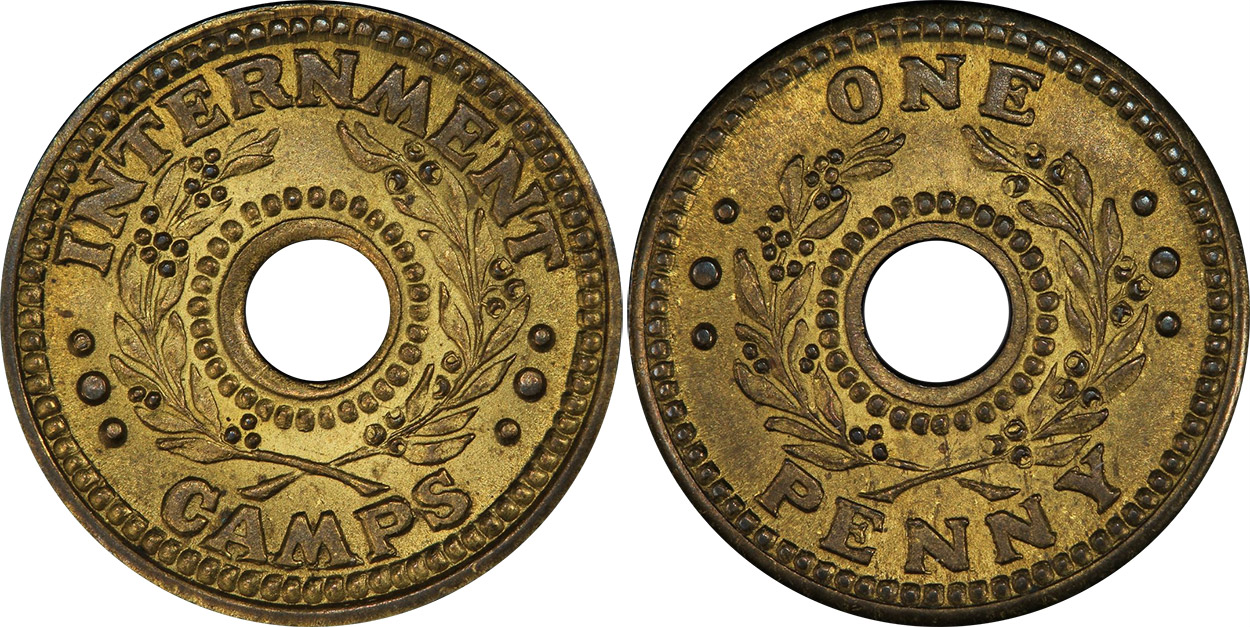 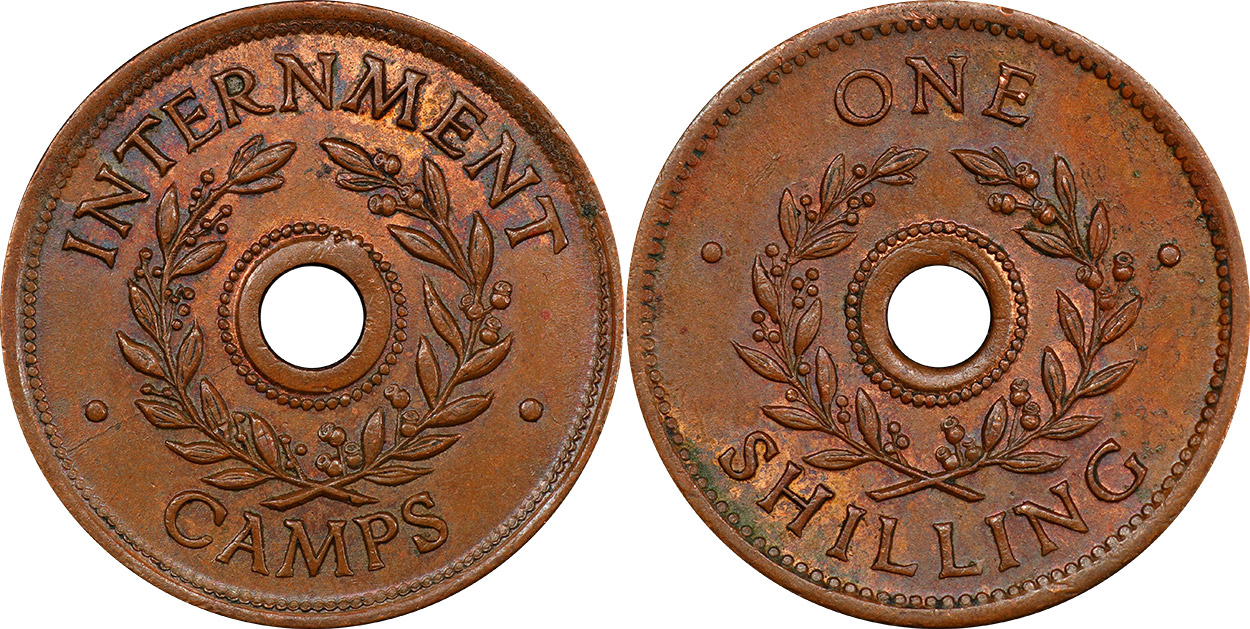