You are: Home » Australian banknotes » Articles » Portraits on decimal banknotes 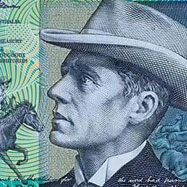 Banjo (pseudonym) Paterson (1864 to 1941) was a bush poet, journalist and author. His works focused on Australian rural and outback life. 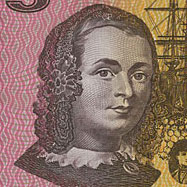 Caroline Chisholm (1808 to 1877) was a 19th-century humanitarian known for her support of immigrant female and family welfare in the country. She appears on 2 dollars 1966 to 1988 banknotes. 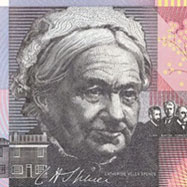 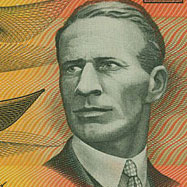 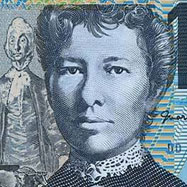 Writer, poet and journalist, Dame Mary Gilmore (1865 to 1962) was born in New South Wales was also doyenne of the Sydney literary world and made frequent appearances on television and radio. 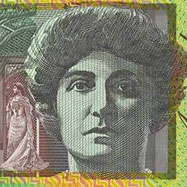 Nellie Melba (1861 to 1931) was a world famous soprano and was the first Australian to achieve international recognition as a classical musician. 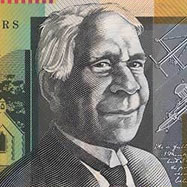 Aboriginal Australian, Unaipon (1872 to 1967) of the Ngarrindjeri people was a preacher, inventor and author. He helped break many stereotypes. 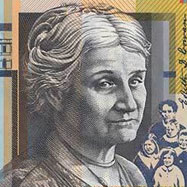 Social reformer for the rights and welfare of women and children, Edith Cowan (1861 to 1932) was to first woman to serve as a member of parliament. 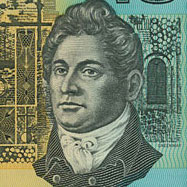 This architect was transported to Australia as a convict. He became known and admired for his work on St. Matthew's Church in New South Wales, St. James Church and Hyde Park Barracks in Sydney. Greenway (1777 - 1837) appears on 10 dollars 1966 to 1993 banknotes. 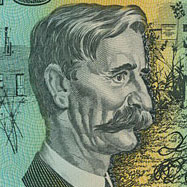 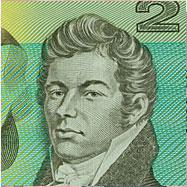 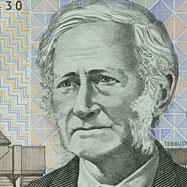 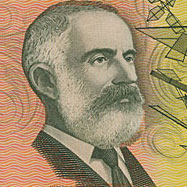 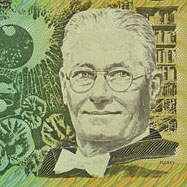 Florey (1898 to 1968) shared the Noble Prize in medicine for his role in the development of penicillin. This pharmacologist and pathologist appears on 50 dollars 1973 to 1975 banknotes. 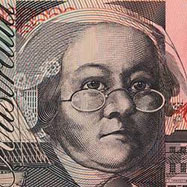 Ex-convict, Reibey (1777 to 1855) became a merchant, shipowner and trader, known to be a legendary successful businesswoman in the colony. 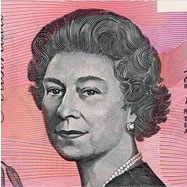 When Elizabeth's father died in February 1952, she became head of the Commonwealth and Queen. She is the longest-reigning British monarch. 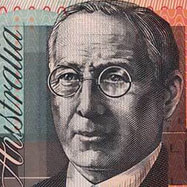 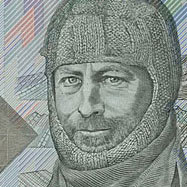 Later professor at the University of Adelaide, Mawson (1882 to 1958) was a geologist, Antarctic explorer and academic. He was a key expedition leader during the Heroic Age of Antarctic Exploration, which began at the end of the 19th century and ended after the First World War. He appears on 100 dollars 1984 to 1996 banknotes. 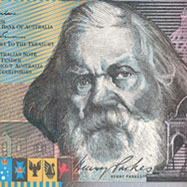 Father of Confederation, colonial politician, most commanding figure in Australian politics and internationally known, Parkes (1815 to 1896) was also featured a modern coins. He appears on 5 dollars 2001 banknotes. 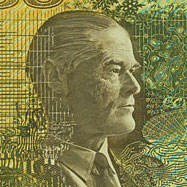 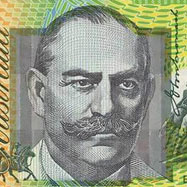 Military commander and later civil engineer, Sir John Monash (1865 to 1931) is considered one of the best allied generals of the First World War and the most famous commander in Australian history. He appears on 100 dollars 1996 to 2019 banknotes. 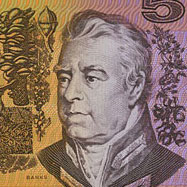 English naturalist and botanist, he Advocated British settlement in New South Wales and colonization of Australia. Banks (1743 to 1820) also advised the British government on several Australian matters. Banks appears on 2 dollars 1966 to 1988 banknotes. 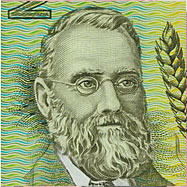