According to Gardner, Calder was, in 1911, much less well remembered than some of the other Castlemaine token issuers, which suggests that he may have arrived in the town later than, say, William Froomes or the brothers who owned T. Butterworth & Co. and who had a greater involvement in the life of the town during the rich gold years. Calder's penny token was one of the large number produced by Thomas Stokes in 1862 and, like many of these, it bore the details of his business on one side and the Australian Arms and motto 'Advance Australia' on the other.

Robert Calder established his wine and provisions business in Castlemaine in either the late 1850s or early 1860s. Robert Calder, Wine and Spirit Merchant and General Provision Merchant is listed in the 1862 Castlemaine Directory, but he is not listed in the previous or subsequent (1856 or 1865) directories held by the State Library of Victoria. He married his Scottish sweetheart, who came out to join him during the 1860s. She is said to have died and Calder married again. Apparently he died some ten years after opening his business, leaving a widow and one child. 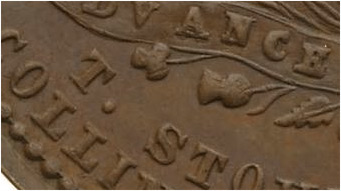 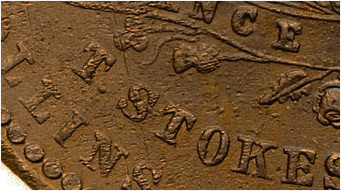