You are: Home » Tokens and medals » Commercial and merchant tokens » Archibald Davidson - Grocer 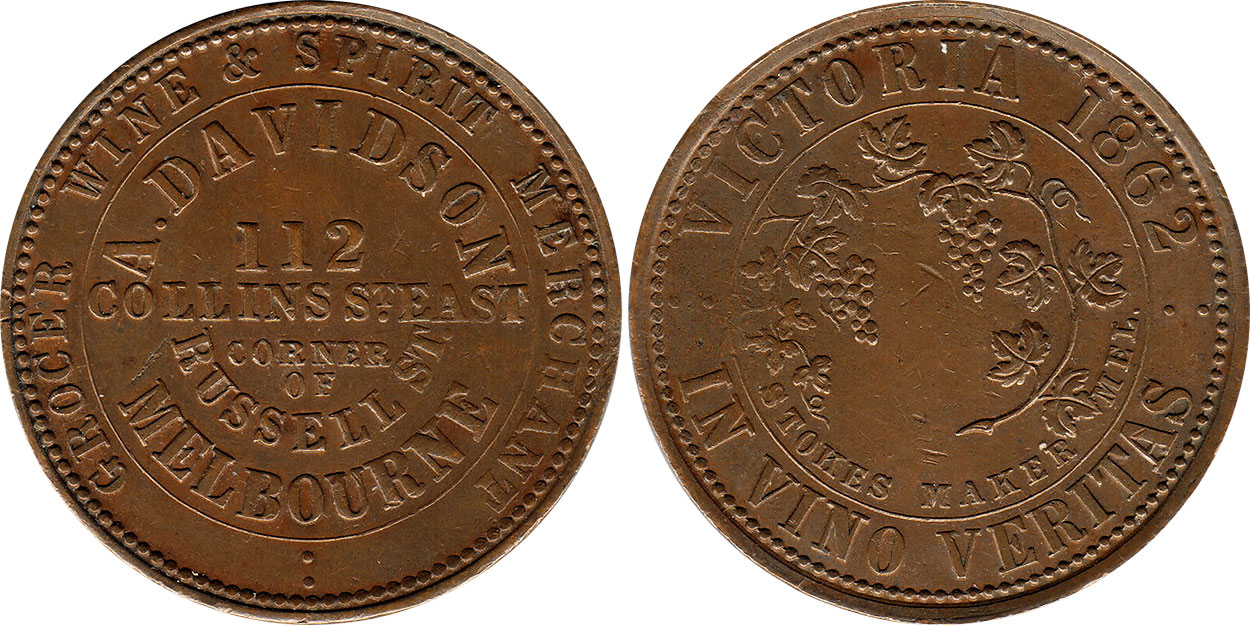 Davidson issued one penny token, struck by Thomas Stokes in 1862, bearing the details of his business on the obverse, combined with Stokes' stock Vine on the reverse.

Archibald Davidson came to Melbourne from Girven, Ayrshire, Scotland, arriving on the Boomerang in October 1852. He obtained work at the Bank of Australasia in Geelong. He returned to Melbourne some seven years later, having failed to make his fortune but with some money to show for his efforts. He first took work as a bookkeeper for David Masterton & Co., wholesale grocers. In 1860 he opened a Grocery and Spirit and Wine Merchant's store in Collins Street in partnership with a Mr. Robert Dods, on the corner of Collins and Russell Streets. Mr Dods retired in 1861 and Davidson ran the store on his own until 1874, when he also retired.