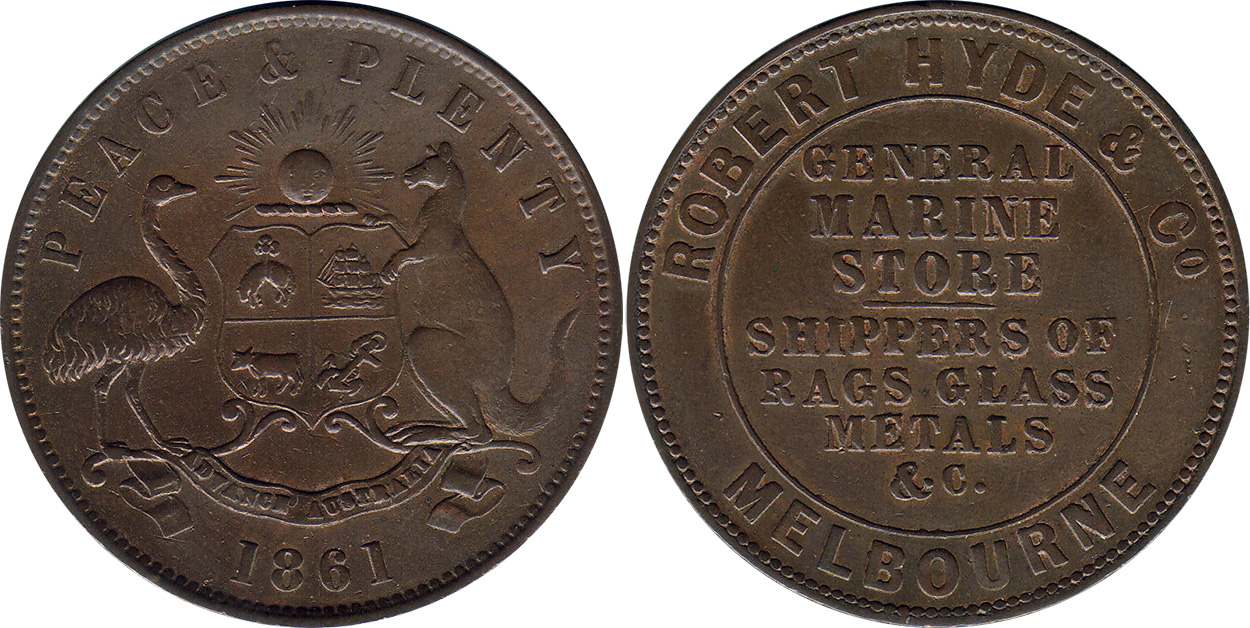 If it is directly under the down stroke of the letter T it is Obverse B, if it is between the letters ET it is obverse C Halfpenny: Four obverse dies were used to strike the 1861 issue Obv. C, E, F and G with a single reverse die, Rev. 4. Differences in the obverse dies are very slight. Obv.C and Obv.E have serifs at the top of the letter E at the end of the words MARINE and STORE, on both Obv. F and Obv. G that serif is missing. Obv C has a slight doubling of the letter N of MELBOURNE and on some examples shows a die crack between the letters ER of ROBERT. Obv. E has a slight entry of a letter M to the left of the M of MARINE. Obv. F has the first stroke of the letter R of RAGS directly below the first stroke of the H of SHIPPERS while on obverse G it is between the SH, much closer to the S. Obv.G has a small die crack on some examples to the C of Co. The following table of key measurement is also helpful in die differentiation: Obverse diameter inner circle RAGS GLASS Serif E