Richard Parker arrived in Victoria in 1839 and established a general store in Elizabeth Street with a Mr. Boadle, the partnership disolved when Boadle left Melbourne. Parker then moved Collins Street and continued his business until selling out to Germain Nicholson in 1844, when he moved to Geelong and established an ironmongery store. Parker was very successful, and opened stores in Clunes, Back Creek (Talbot), Firey Creek and Ararat. Parker issued at least ten varieties of tokens, all with the same inscription and figure on the faces, but with slight variations. When the tokens arrived, they were emptied out in a huge pile in the window, and as small change was scare, people flocked to the shop to exchange their silver for the more convenient copper. 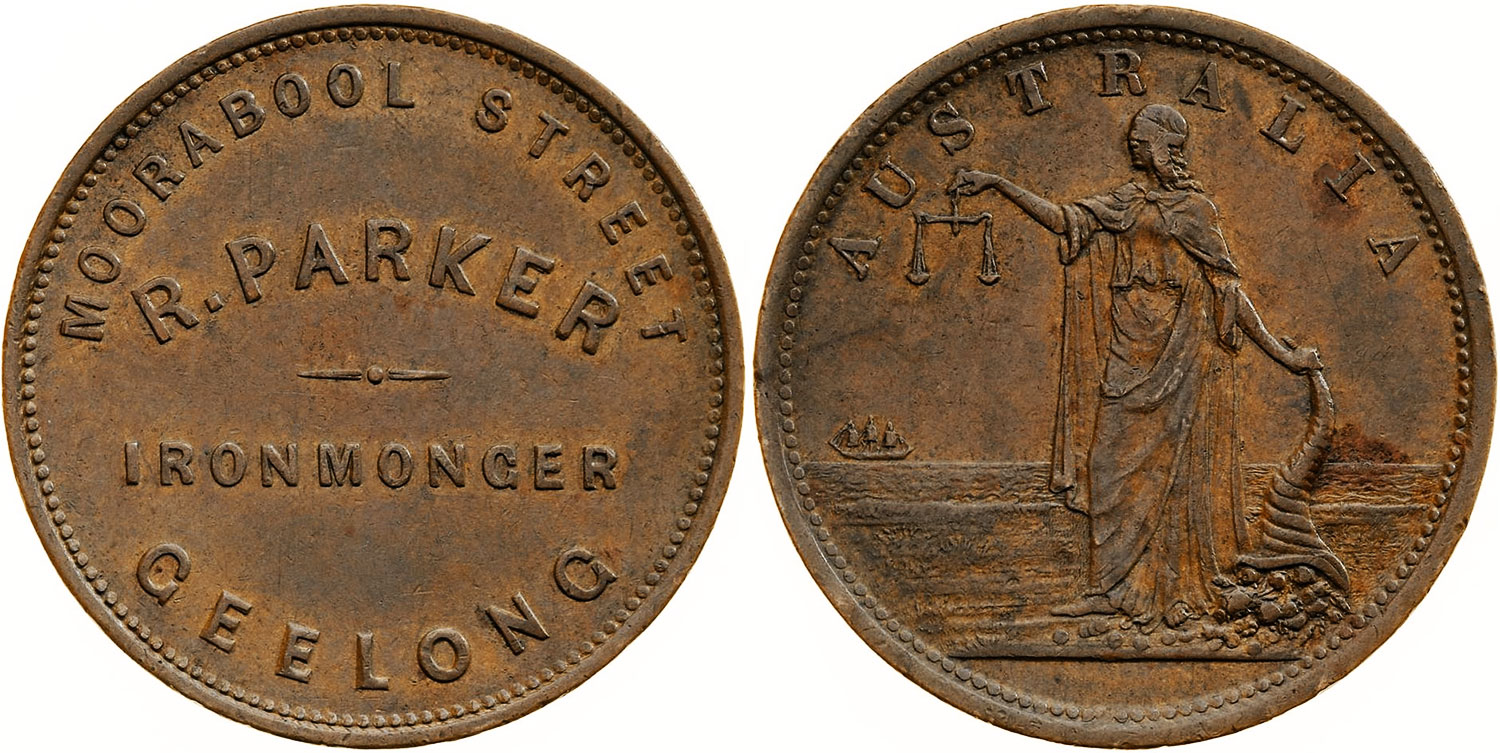 On the reverse, a female figure representing Justice standing facing left. She wears a blindfold and extends a balanced set of scales with her right hand. With her left she holds an inverted cornucopia from which fruits flow onto the ground. She wears an ancient-style of flowing dress bound at the waist, her left arm is draped to near the elbow while drapery falls from her extended arm to below the horizon line behind

Parker employed Heaton & Sons, Birmingham to strike his extensive token issues. At least 9 obverse and 5 reverse dies were needed to complete the orders over three seperate issues. The dies were well made and almost identical so thast their products are somewhat difficult to differentiate.

The first step is to establish the issue to which a token belonged. Measure the diameter of the token :