'Lewis Abrahams was certainly living in Hobart Town in 1835, records show that he was the occupier of a house and garden at 19 Bathurst Street and was in partnership with a certain H.C. Davis in a shop at 102 Liverpool Street. He was married in the Jewish Synagogue in December 1855. It appears that Davis withdrew from the partnership and Abrahams carried on alone. He died in Hobart in 1860.' (McNeice, p.70)

According to the details recorded on his tokens, Abrahams was a draper.

There is no listing in the Archives Office of Tasmania Pioneer's Database for a Lewis Abrahams. 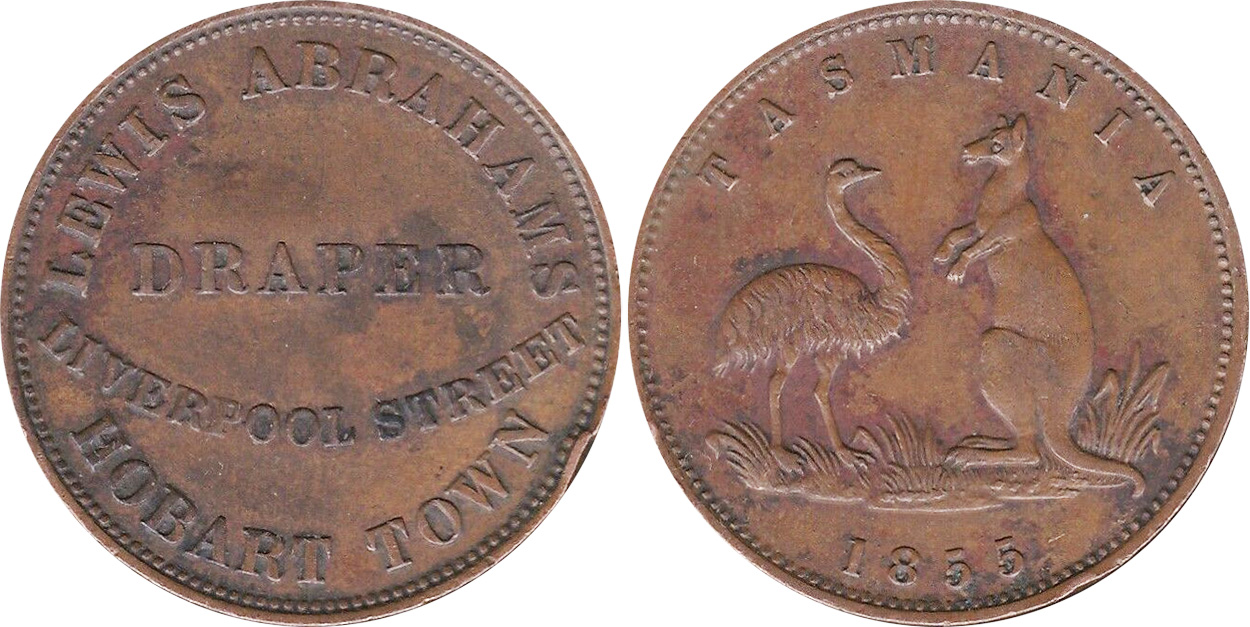