The date on the image can be different from the year selected.

Considered the rarest and most valuable australian halfpenny, approximatly 10 examples of the 1916 mule are known and all have been pulled from circulation in Australia. While the Calcutta Mint was striking the Indian quarter annas and the Ausralia half penny 1916 coins, intentionally or not, obverse dies from both coins were paired creating the mule. The finds occurring decades after the original issue are met with skepticism by dealers and collectors across Australia and often assign them as fake. Read more »

The value of a Half Penny 1916 australian coin depends on several factors such as quality and wear, supply and demand, rarity, finish and more. You can also find the price guide and value of Specimen and Proof pre-decimal coins.

I mint mark is visible under the lower scroll on reverse to indicate that the coin was produced at the Calcutta mint in India. 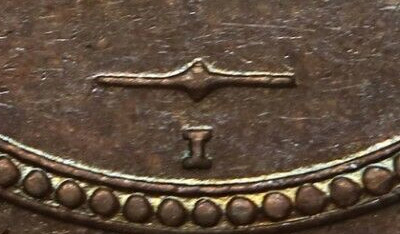 Struck with the obverse of a (British) Indian Quarter Anna. The legend is George V King Emperor instead of the regular Georgivs V D.G.Britt: Omn:Rex F.D.IND.IMP:.

Errors and varieties from the community

You can switch the grades and values to ANDA adjectival standard.